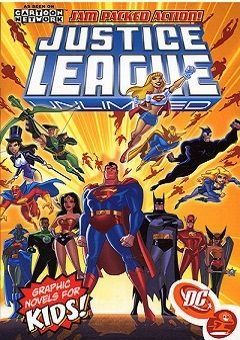 Plot Summary: The series is a continuation of its predecessor, taking up soon after Justice League ended. It features a greatly expanded League, in which the characters from the original series—now referred to as “founding members”—are joined by a large number of other superheroes from the DC Universe; in the first episode, well over 50 characters appear. A number of these were heroes who had made guest appearances in Justice League, Batman: The Animated Series, and Superman: The Animated Series, but many heroes and other characters made their first animated appearances in this series. The general format of each episode is to have a small ad hoc team assemble to deal with a particular situation, with a focus on both action and character interaction.